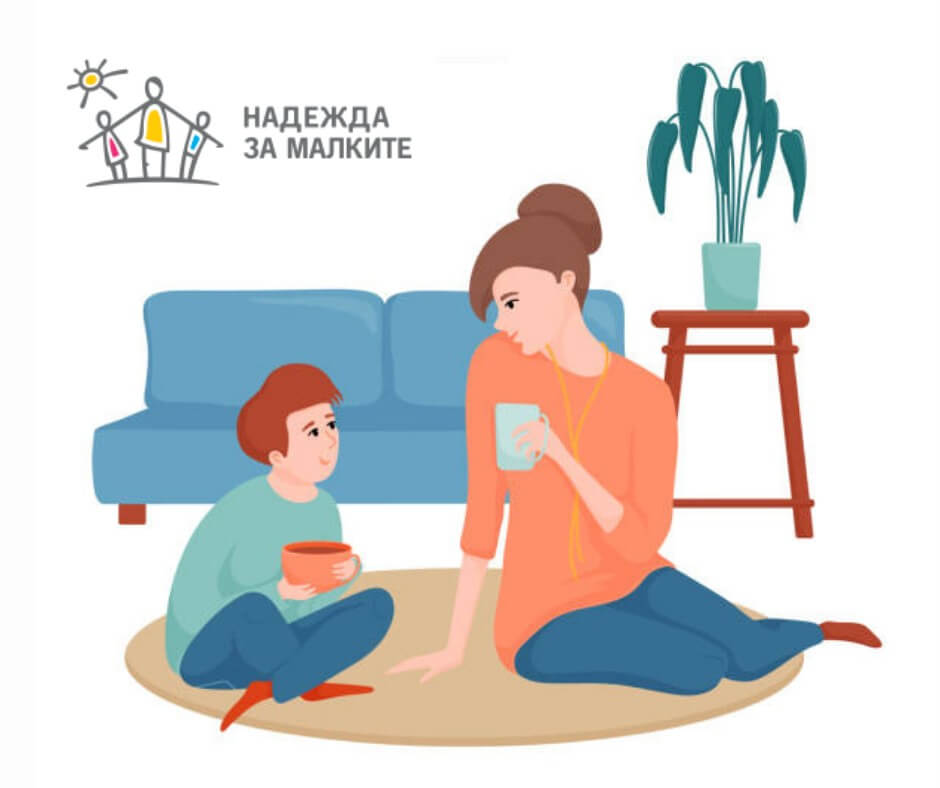 From the very beginning of our work as “Together with hope” Consultation centre, part of “Hope for the little ones” Foundation, we never hesitated to be involved in even very complicated cases. We’ve done this because such cases have many and various problematic components, each of which by itself would be hard to solve by any government institution or organization. It all began with the story of a now almost 9-year-old child, at the risk of being permanently separated from his family.

At the top of the iceberg, if we can call so the family and its problems, there was a young boy who had suffered domestic violence and was accommodated in a Crisis Centre for children. His mother wanted him back but she was refused by the government Agency for Child Protection to have him on the grounds of not being considered as a reliable parent.

She was considered unreliable for many reasons: she had allowed her child to be hit by his father, she had not managed to teach her child to live within boundaries and to be obedient since she herself was physically damaged, uneducated, rude and distanced, conditioned to protect herself from the people around like a terrified animal.

However, what we saw in her was a reliable mother, whose only desire was to have her son back. This is the precise motivation which will always guide us and which we will always support, the driving force we will assist till the end. If a mother wants to take care of her child, with or without outside help, she will go through all difficulties. No one should decide that she has no right to do it. So we decided to help her and trust her in advance.

Yes, she was uneducated, experienced difficulties when approaching her child, and there were weaknesses in the way she was raising him. However, we were more impressed by her grief over the loss of her child, her suffering that he was away and was also suffering, the way her face lit the moment she started talking about him, her hope that things could go in a new way.

It wasn’t easy and even now it isn’t but when things go in the right direction, even the Universe lends a hand. We stood by her unconditionally at all times, supporting her to have her child back and to continue her life with him.

We understand that our approach may not be the regular approach of many and it takes a lot of time and effort. For many it may seem pointless but we are confident that everything matters. We know that good deeds multiply. One child stayed with his mother. It was a case, which seemed hopelessly pre-decided, but for us it was an opportunity to intervene and help in the best possible way.

National Basketball League in support of “Hope for the little ones”

How a lullaby can change everything

Why we`ve created “Together With Hope” Consultation Centre